Riddles of St. Fevronia of Murom

Story of Peter and Fevronia, Murom saints of the end of 12th - beginning of the 13th centuries, was written down in the 15th-16th centuries and is one of the most vivid examples of the ancient Russian perception of the Orthodox faith. Historical studies emphasize the relation of the "Story of St. Peter and Fevronia of Murom" to the folklore traditions [3]. At the same time fairytale motifs are subordinate to the spiritual ideals of Christ's Church.

Prince Peter of Murom had fallen ill. A messenger sent to find a doctor for Prince saw a strange picture in a peasant house in the village of Laskovo near Riazan: a maiden called Fevronia was sitting at a loom and weaving cloth, and a hare was hopping near her. Fevronia spoke to the messenger with riddles testing the guest's knowledge of the "language of wisdom". The first Fevronia's parable "It is indeed unfortunate when the yard is without ears and the house without eyes" contained the message that Fevronia was a single maiden having no child [4]; she had a hare, but no dog: "If we had a dog, it might have heard you and started barking. In such a case the yard would have had ears. If a child (Russian "otrocha", "detishe") were at home, a child might have seen you coming here and warned me. In this case the house would have eyes" [1].

Analysing Fevronia's riddle, scholar of the Murom museum of History and Art Yu. M. Smirnov wrote as follows: "Demonical creatures of various ranks not infrequently took the shape of a dog. The absence of a dog in Fevronia's house emphatically denies her relation to the chthonian world" [4]. However the absence of a dog may hardly mean superstitious attitude of Fevronia to this animal. On the contrary, the words of the wise maiden "It is indeed unfortunate when the yard is without ears and the house is without eyes" give evidence of her desire to get married, bear children and have a dog that guards the house. In one of the story's versions St. Fevronia says: "In the house a dog is hearing and ears, and a cat is eyes" [3].

Fevronia of Murom is not the only female saint in the history of Christianity who had a pet hare. The iconography of Saint Melangell (or Monacella) of Wales (6th century, Russian Orthodox commemoration on May 17/30) includes an image of a hare saved from hunters. In the reserved area where St. Melangell lived hunt for hares is forbidden, and St. Fevronia protects wildlife preserves "Muromsky" and "Oklandia" - an ecologically pure zone along the river Oka between Murom and Riazan. According to the legend the Wales anchoress called her hare "lamb", so the hare of St. Melangell looks like a lamb in some icons, and in Wales hare is known as "Melangell's little lamb" ("Oen bach Melangell"). The likeness of hare with lamb is marked also in the Russian folklore, where the hare is called "wood lamb". However, in the Murom icon painting the hare of St. Fevronia looks more often like a playing doggy or a dozing cat.

Becoming the spouse of the Prince, Fevronia did not forsake the folk custom of collecting crumbs after a meal. Russian countrymen use to feed domestic animals and poultry with remnants of food, and Fevronia had the hare. But in the medieval time feeding a hare (or a snake, toad, etc.) could cause suspicions of sorcery: "The Devil, who squat like a toad at the ear of Mother Eve in Eden, is always at hand in the churchyard after service, waiting in that guise for some evil-minded communicant to feed him with a bit of the consecrated wafer" [7]. Yu. M. Smirnov notes: "In the Slavonic mythology among the animals with evident demonic features we find also the hare. Devilry often takes the shape of a hare" [4].

The story of St. Peter and Fevronia reads: "Once, one of the courtiers, wanting to bring strife between Peter and Fevronia, came to the Prince and told him: "The Princess usually gets up from the table when she is not supposed to do so. Moreover, before leaving the table, she picks up the crumbs as if she were hungry". Prince Peter decided to see if these accusations were true. He ordered that Princess Fevronia sit beside him at the table. When dinner was over, Fevronia picked up all the crumbs and kept them in her hand as she was accustomed to doing since her childhood. Seeing this, Prince Peter caught her by the hand and told her to open her fist, but when she did so they found fragrant myrrh and incense in the palm of her hand. And from that day on Peter never attempted to question his wife's deeds" [1]. Perhaps the miracle of turning crumbs into church frankincense did not only justified the countryside custom of Fevronia, but also saved the hare of the right believing Princess from suspicions. As it is known, demons run away from olibanum and frankincense. So Fevronia's hare had nothing to do with magic rituals [4]. The Church glorifies Peter and Fevronia as "exterminators of evil customs and superstitions" [1].

Yu.M. Smirnov points out the fact mentioned in the "Story of establishing Christianity in Murom": "And after death the wood climbing belts are buried with corpses". Wood climbing belts, as we see, are directly related to the image of death, and since burial attributes always had certain functional and symbolical meaning, so the first thing that comes to the mind in this aspect is that the departed needs these "belts" to climb to heaven over the trunk of the world tree" [4].

The story of healing Peter by Fevronia contains the Murom and Riazan parallels to the verses of Great Canon of St. Andrew of Crete (7th century). In the penitent "Andrew's standing" such themes are mentioned as "snake's poison", "wounds" and even "healing bath": "I have put on a torn coat, which the serpent wove for me... I have added ulcers to my sores... Wash me, O Lord, in the bath of my tears, I pray Thee, and make the robe of my flesh as white as snow" [2]. In the Church tradition the snow symbolize purification and transfiguration (Ps 51. 7, Isa 1. 18; Mk 9. 3) and since the old days is believed in Russia to be good for health. In the Riazan legends

about St. Fevronia Peter's healing culminated in a snow fall in summer time.

In this symbolical context the interpretation of Prince Peter's illness suggested by A.L. Beglov looks quite justified: "The snake is defeated, but before death he had dewed Peter with his poisonous blood, and Peter lapsed into illness. The illness of Prince Peter, being in the allegorical language a certain deficiency of his nature in general, is actually the node of the "Story of Peter and Fevronia". The illness of Peter is so serious, the deficiency of his nature is so significant that without healing it the very life is impossible for Peter. Marriage to Fevronia turns out to be a condition of Peter's healing. In the language of allegory this marriage is the very medicine making up for the deficiency of Peter's nature, God's design for him" [5].

When met the messenger of the Prince the young Fevronia was weaving cloth. In the venerable age having become a nun Fevronia was busy with embroidering figures of saints on the chalice coverlet for the Cathedral of the Most Pure Mother of God. It is remarkable that Peter covered with ulcers and scabs caused by snake's blood asked Fevronia to make new clothes for him: "He sent her a small bundle of linen saying: "This maiden wants to become my wife because of her wisdom. If she is so wise, let her make me a shirt, a towel, and pants from this linen while I am in the steam bath" [1].

Change of clothes "poisoned by the snake" for the robes of salvation is a sign of spiritual recovery, which is generally accepted in Christianity. Peter's body covered with ulcers and scabs during illness was fully healed while alive and found incorruptible and fragrant in the tomb. The Akathist to Holy and Right-Believing Prince Peter and Princess Fevronia reads: "Rejoice those who changed the scarlet prince robe for a monk's cilice; rejoice those who took the holy schema as the breastplate of salvation; rejoice those who put on the robe of gracious incorruption" [1].

A small bundle of linen sent by Peter to Fevronia became a golden thread that tied for ever the lives of the two zealots, who on mutual consent took monastic vows, Prince Peter becoming Brother David, and Princess Fevronia - Sister Euphrosinia. "And it happened that, shortly before her death, Princess Fevronia was embroidering a figure of the saints on a chalice coverlet for the cathedral. And a messenger came from Prince Peter, now Brother David, saying: "Sister Euphrosinia, I am ready to die, and waiting only for you, so that we may die together." But Princess Fevronia, now Sister Euphrosinia, answered: "You should wait, my lord, until I finish the chalice coverlet for the holy cathedral." Then Brother David sent another messenger, who announced: "I can wait for you only a short time." Shortly after, another messenger arrived, saying: "I shall soon depart this world. There is no time left for waiting." Princess Fevronia was just finishing the embroidering of the coverlet, but, hearing these words; she stuck the needle in the coverlet and wound up the thread she had been using. Doing so, she sent a message to Brother David saying that they would now die together. And, having prayed, they offered up their souls to God". [1].

Many pilgrims visit Holy Trinity convent in Murom to venerate the relics of St. Peter and Fevronia, who by God's will repose in the same sepulchre. Divine services before the revered icon of the right-believing Peter and Fevronia are held in the Moscow Lord's Ascension church at Bolshaya Nikitskaya street ("Smaller Ascension"). The church and the shrine of saint anchoress maiden Melangell are located in Wales in Pennant Melangell village, where sometimes one can hear prayers of Orthodox pilgrims.

2) Great Canon. The work of St. Andrew of Crete

3) Story of Peter and Fevronia. Text processing and study by R.P. Dmitrieva, Leningrad, 1979

Hare of St. Fevronia of Murom 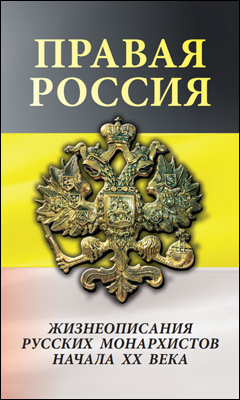 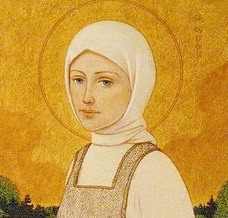 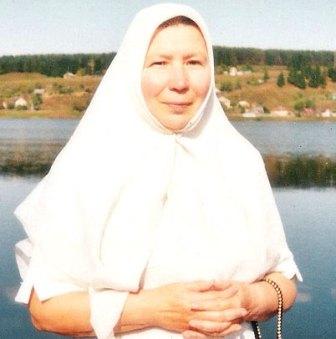 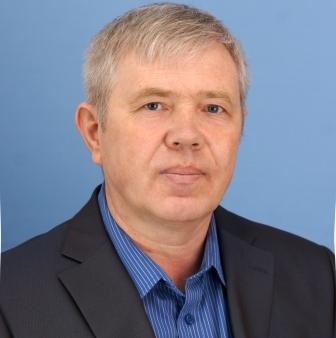